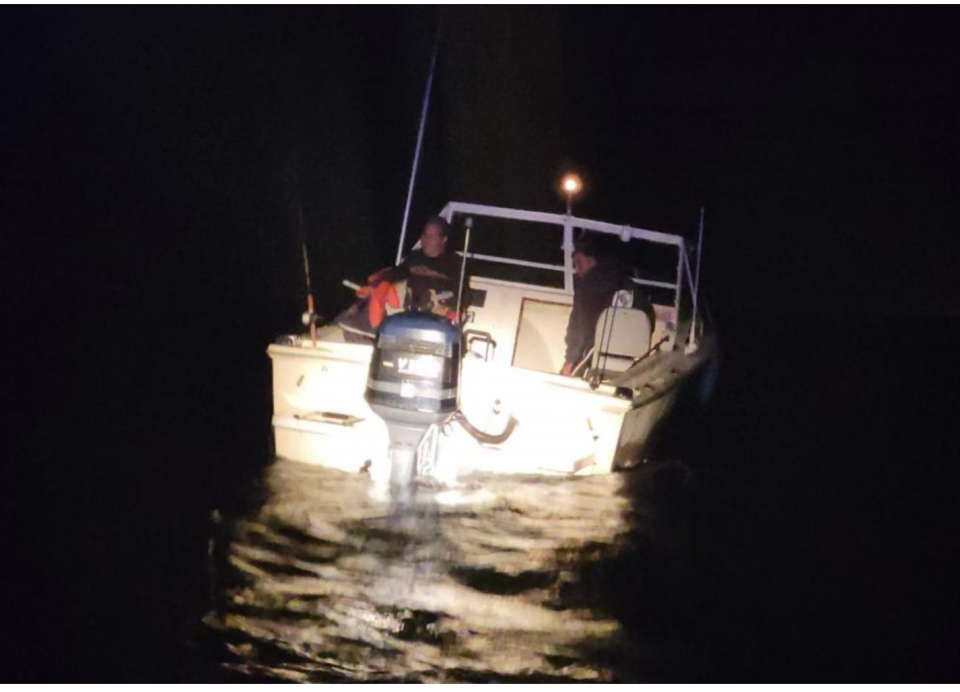 A good Samaritan reported to Sector Miami watchstanders seeing a disabled vessel with two people aboard about 10 miles off Jupiter Inlet. A Station Lake Worth Inlet rescue crew arrived on scene and confirmed it was the missing boater.

Gonzales allegedly left Bimini, Bahamas, Sunday, with his reported stepson, a non-U.S. citizen, and ran out of fuel. Both are reported in good condition.

“We are happy that Gonzales was found alive and well,” said Cmdr. Eric Paré, search and rescue mission coordinator, Sector Miami. “We encourage mariners file a float plan, telling someone where they are going and when they are returning, have a good working VHF radio, and to always wear a life jacket.”

“Maritime migration is dangerous and illegal,” said Lt. Karolina Del Hierro Vega, a Coast Guard Seventh District Enforcement officer. “Human smuggling ventures, whether paid for or made by a friend or family member, are subject to criminal and civil penalties.”

This case is under further investigation for suspected human smuggling.