Home » Winter the Dolphin, star of ‘Dolphin Tale’, dies at 16 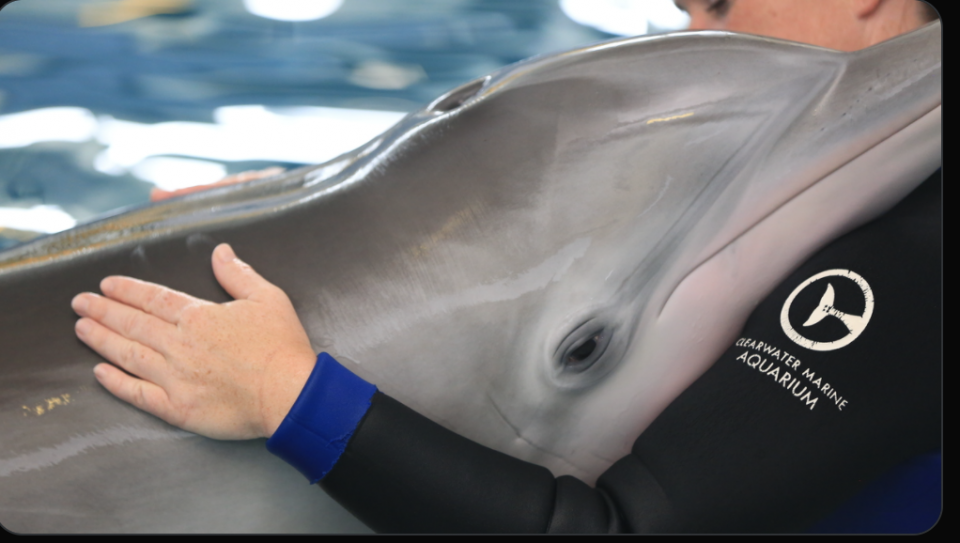 Winter the Dolphin, star of ‘Dolphin Tale’, dies at 16

Clearwater, Fl (treasurecoast.com) – Winter, the dolphin that lost its tail in an accident and gained fame and fans around the world, is dead after a brief illness at age 16. Clearwater Marine Aquarium says Winter died in the hands of caregivers as she was being prepared for treatment of a gastrointestinal condition. The story of her artificial tail drew thousands of visitors and became the story of the two “Dolphin Tale” movies.

Message from the Clearwater Marine Aquarium

With heavy hearts, the Clearwater Marine Aquarium announced tonight that Winter the Dolphin died at approximately 8 p.m. as animal care experts from around the country worked to treat her gastrointestinal abnormality. The CMA family is devastated.
During preparation for a procedure, the CMA Animal Care team observed that Winter’s behavior and vital signs were declining. The medical team tried several life-saving efforts, but she died being held by her caregivers.

“While we are heartbroken by Winter’s death, we are comforted knowing that our team did everything possible to give her the best chance at survival. We worked with specialists and marine mammal experts from around the country to provide her with the best care available. Our staff worked around the clock during this challenging time,” said Veterinarian Dr. Shelly Marquardt, DVM, CVA. “I’m honored to work alongside such dedicated and talented professionals who gave their all for Winter.”

The CMA team expresses our deepest gratitude to the thousands of people from around the world who sent caring messages for Winter. She truly inspired hope and was loved by millions of people worldwide.
Winter, we love you.
CMA will be closed on Friday to provide time for our staff to grieve. A grief counselor will be made available to the team.
Plans for a memorial for Winter, honoring the positive impact she made on the world, will be announced soon.
You can leave a message for the staff that took such good care of her here.