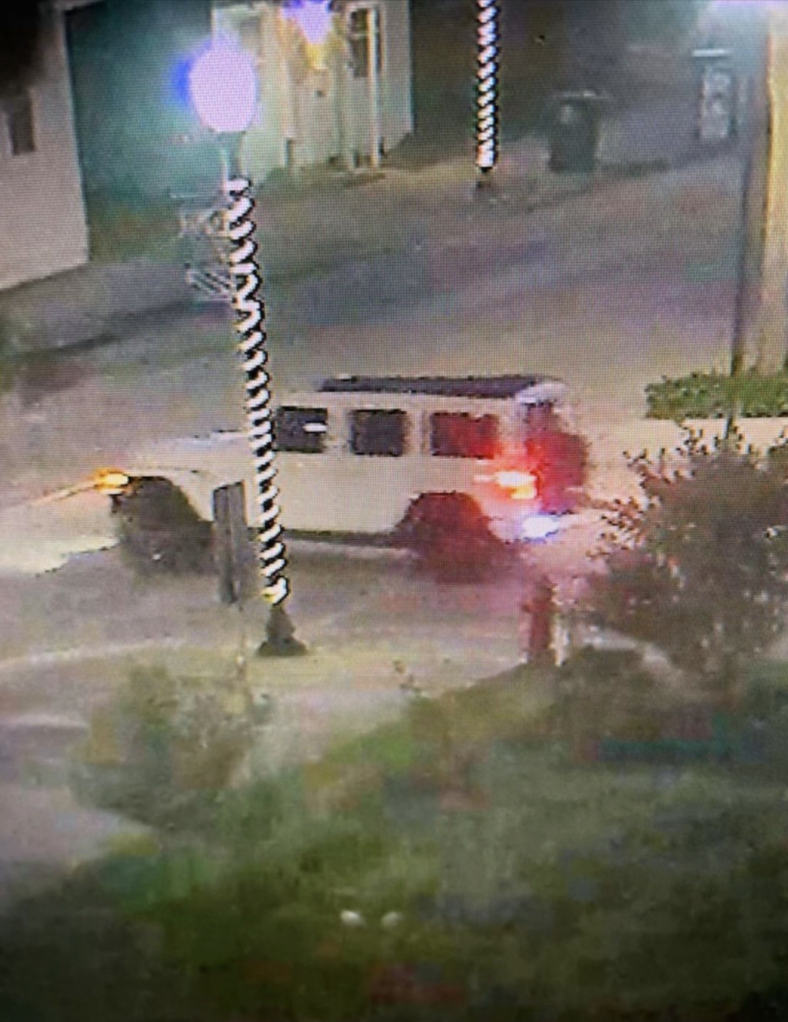 Fort Pierce, Fl (treasurecoast.com)  –  On October 16, 2021, around 9:00 pm Fort Pierce Police Department Officers responded to the 1300 Block of Avenue J in reference to a shooting. Once on scene, officers learned that multiple unknown suspects drove to the victims’ house, fired several shots hitting both adult victims. Both victims were transported to Lawnwood Regional Medical Center with non-life-threatening injuries. Both suspects fled the scene after firing at the victims.

During the investigation, officers discovered many firearms and illicit narcotics inside one of the victims’ homes, where the shooting took place. During the shooting, a child was also in the area and was later taken to Lawnwood Regional Medical Center for precautionary reasons.

The investigation is ongoing, and officers are now looking for a newer model Jeep, white in color, with a black roof. If you have any information that can assist with identifying the suspects who perpetrated the shooting and their whereabouts, don’t hesitate to get in touch with:
Detective Charles Montano
Fort Pierce Police Department
mail: cmontano@fppd.org
Cell: (772)9791483
Treasure Coast Crime Stoppers
Hotline 1-800-273-8477 / 1-800-273-TIPS