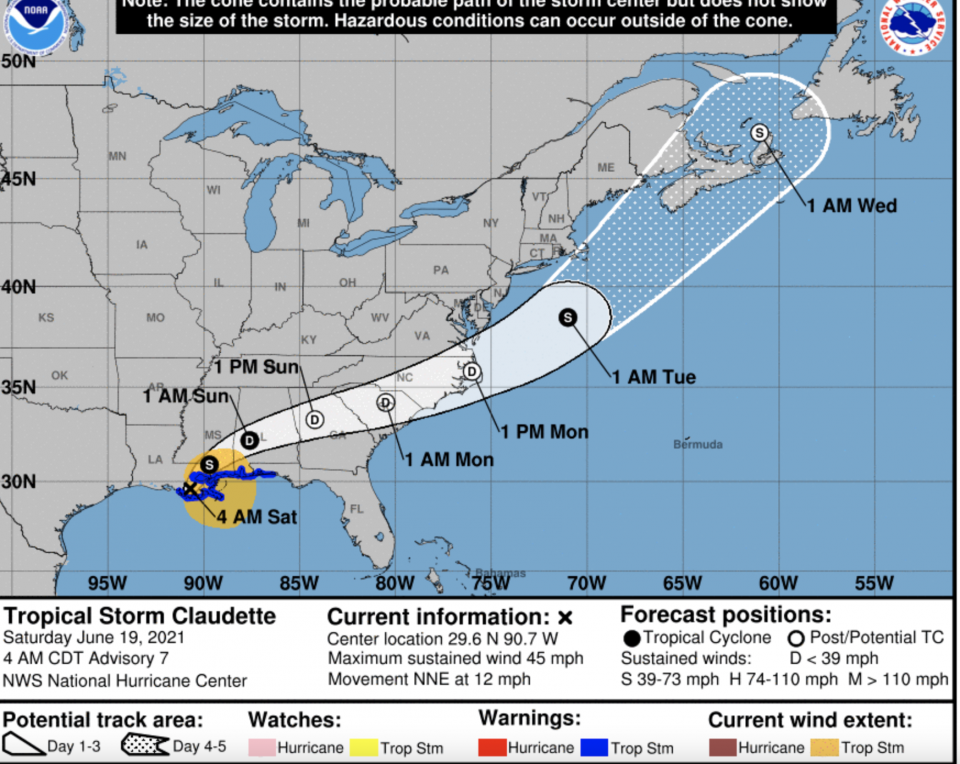 Tropical Storm Claudette formed early this morning after coming ashore in southeast Louisiana on Saturday. Millions across the South are under storm warnings, according to the National Hurricane Center.
The maximum sustained winds are at 45 mph, according to NHC.
Tropical storm warnings remain unchanged throughout the region, and the main threats are heavy rainfall and tropical-storm-force winds.
Claudette is forecast to weaken into a tropical depression by tonight and become post-tropical on Sunday. The system is then forecast to re-develop over the western Atlantic Ocean on Monday as it moves away from the East Coast of the US.