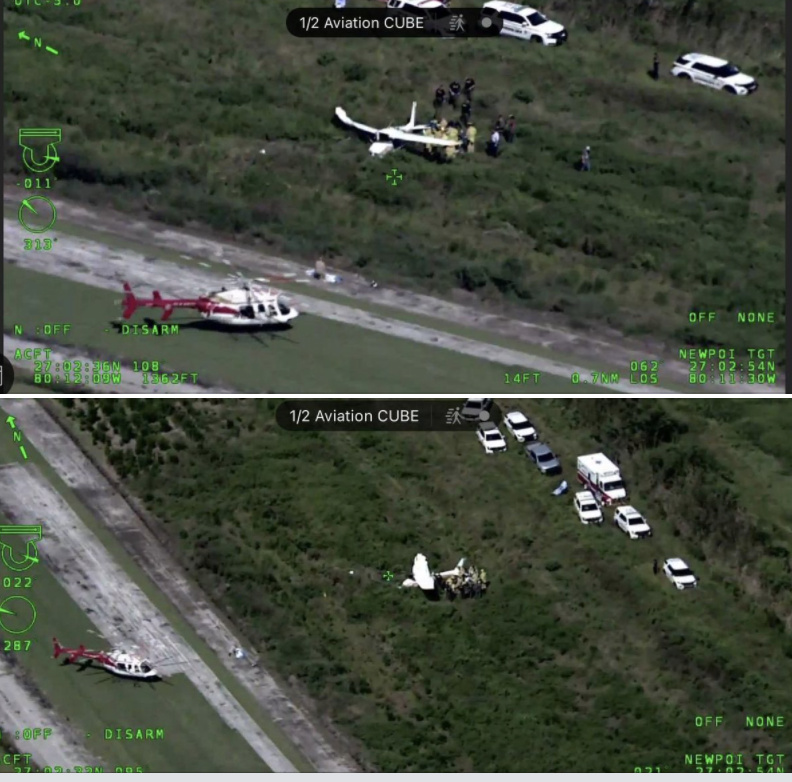 Martin County , Fl (treasurecoast.com) -A plane crash in Hobe Sound is under investigation.

Martin County sheriff’s deputies and fire rescue workers responded to a report of a plane down in a field Tuesday afternoon.

No one else was on board.

The plane went down off Southeast Bridge Road near South Florida Grassing Inc., which is at 4580 SE Bridge Road.

Parkes said he did not know the extent of the injuries, but “to warrant a flight, they had to be of some significance.”

No fires or active leaks were reported at the scene.

Deputies cleared the scene and traffic was not affected, according to Weber.

The Sheriff’s Office said the National Transportation Safety Board was notified and is investigating.