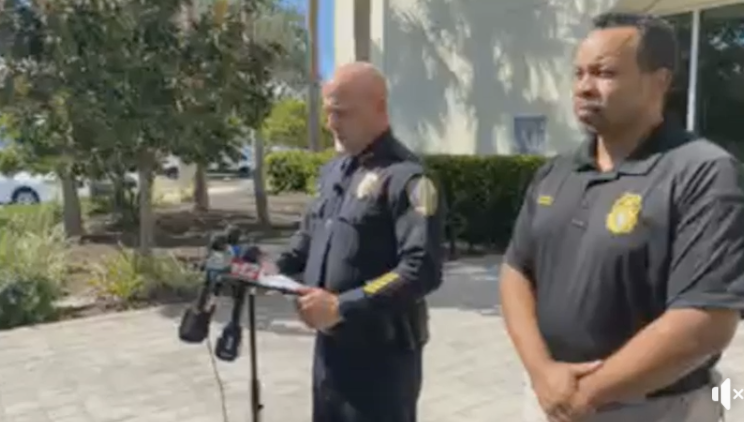 Officers immediately began life saving measures on a 20-year-old female who was laying on the ground next to a 2019 Black Kia Forte.  The female was transported to a local hospital where she tragically succumbed to her injuries.

The 21-year-old adult male was also transported to the hospital with non-life-threatening injuries.  He is cooperating with PSLPD Detectives.

A preliminary investigation revealed the adult male picked up the adult female at an address in Port St Lucie Lucie and was traveling South on SE Green River Pkwy.  An unknown suspect vehicle fired multiple rounds in the vehicle, striking both occupants, and sadly killing one.

Port St Lucie Police Detectives are working to determine why this vehicle was targeted and what connection there is to our area.

Link to video update from PSLPD.

First and foremost, our thoughts & prayers are with the family who are dealing with a tragic loss today. Our Detectives and Crime Scene Investigators have been working since midnight and continue to work as we speak to identify the individual or individuals responsible for this senseless act of violence.

The victim who died is 20-year-old, Gabriella Hanley (4/24/2001).  We are currently not releasing the name of the adult male.  We can say both individuals have addresses in Martin County.  The 21-year-old adult male was transported to a local hospital with non-life-threatening injuries.  He remains hospitalized in stable condition however he is cooperating with Detectives.

As stated before, we believe this vehicle was targeted.  We do have leads that our Detectives are following up with and we are not at liberty to discuss those at this point.