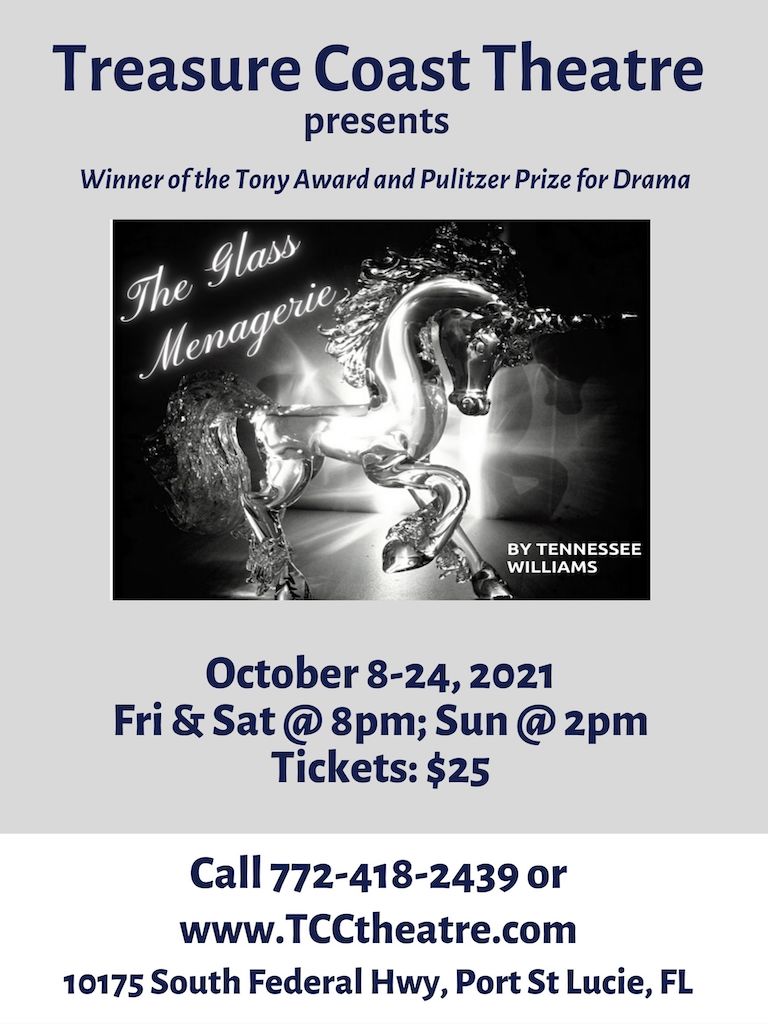 Treasure Coast Theatre — Port St. Lucie’s only community theatre – continues it’s second full season with the critically acclaimed play Tennessee Williams play The Glass Menagerie. The play was the winner of both the Tony Award and Pulitzer Prize for Drama.

Tom supports his mother Amanda and his disabled and shy sister Laura with a job he finds unbearable. When Amanda convinces Tom to bring home a friend as a “gentleman caller” for Laura, the illusions that they have all created to make life bearable collapse about them.

The Glass Menagerie is a memory that has strong autobiographical elements, featuring characters based on its author, his histrionic mother, and his mentally fragile sister. In writing the play, Williams drew on an earlier short story, as well as a screenplay he had written under the title of The Gentleman Caller.

The play is directed by Samantha Knight, who co-directed the theatre’s production of August: Osage County and directed The Humans. Starring in the play are Joey Pierson as Tom, Patti Minden as Laura, Rosemary Knight as Amanda and Sean Birkett as Jim.

Individual tickets are $25.
Discounts are available for groups, students and season tickets.