Home » The Shrub Queen: In A Vase on Monday – Brown Greyhounds 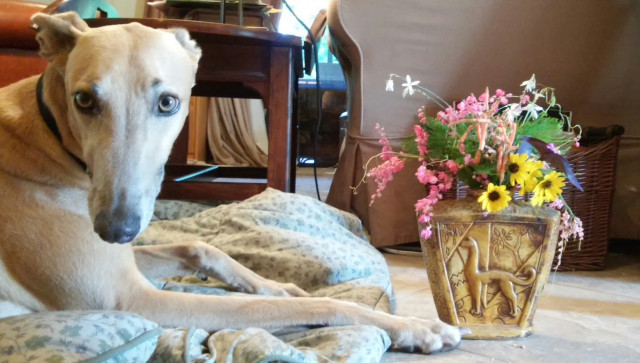 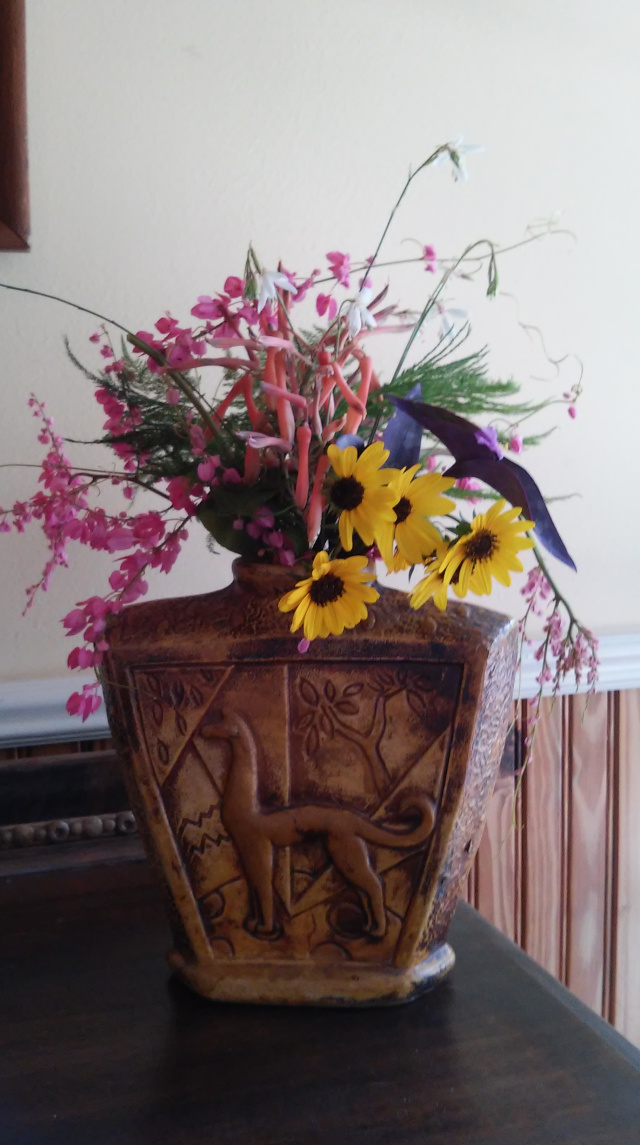 The vase is marked ‘Made in Occupied Japan’ and is made of some sort of plaster that won’t hold water. I had a pair but the other vase was squashed as I didn’t realize about the plaster. My grandmother kept winter wheat in these and there was still some sand in the bottom from wheat days. When I poured it out the first thing that popped into my head was “Oh no, Great Grandpa’s ashes”. Then I remembered seeing his headstone. Whew.

There is another vase inside with water. Plants in this vase include in orange, Soap Aloe (Aloe saponaria), in yellow, Beach Sunflowers (Helianthus debilis), White flowers are Gaura, the Bellezza variety, pink is Coral Vine (Antigonon leptopus), the purple is Purple Hearts (Setcreasea pallida) a bit of Asparagus Fern adds some fine green texture. 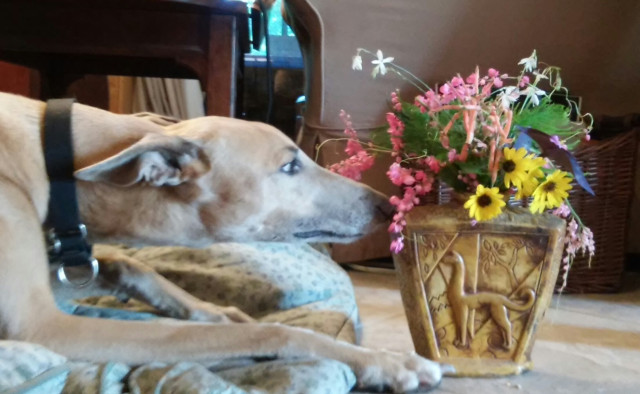 The real greyhound is Fuzzy’s Alan Alda (racing name) we call him Alan. His color is actually called Blue Fawn, the most wonderful and apt description of his coloring I have heard is it looks as if he has been painted with deep gray watercolors. He retired from racing at an early age because he lost nearly every race. I am deeply suspicious Alan is smarter than the people who were trying to race him as he is still extraordinarily quick and can easily outwit me! Alan and his toys, the “lawn” is a bit worse for wear. 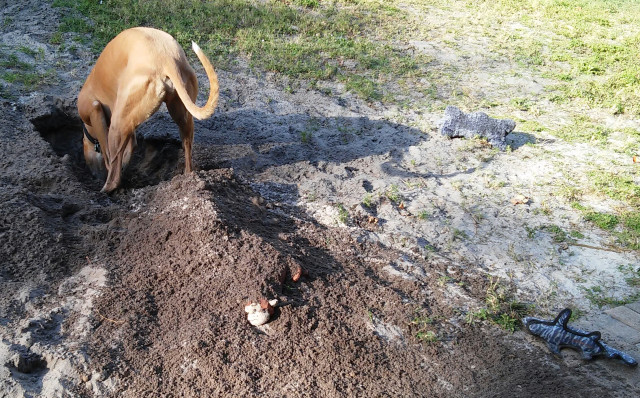 A native of Atlanta, Georgia and extraordinarily well seasoned Landscape Architect/Designer/Writer. I began bouncing around South Florida in the late 1980’s selecting and buying plants for Shopping Mall Interiors I had designed.
Eventually my college roommate landed in Hobe Sound and I came to visit and fell in love with the Treasure Coast. My husband was on the verge of retiring from the practice of Architecture so we came down, bought a house near the Indian River and left the big city’s cold and the traffic far behind.
The blog began as an effort to fill what I considered a vacuum in good gardening information for the Treasure Coast. The Shrub Queen name is a nod to a long standing joke, my husband has called me this for years after one too many Architects asked me to “shrub something up”.