Home » The Shrub Queen: Fire and Ice in a Purple High Heel 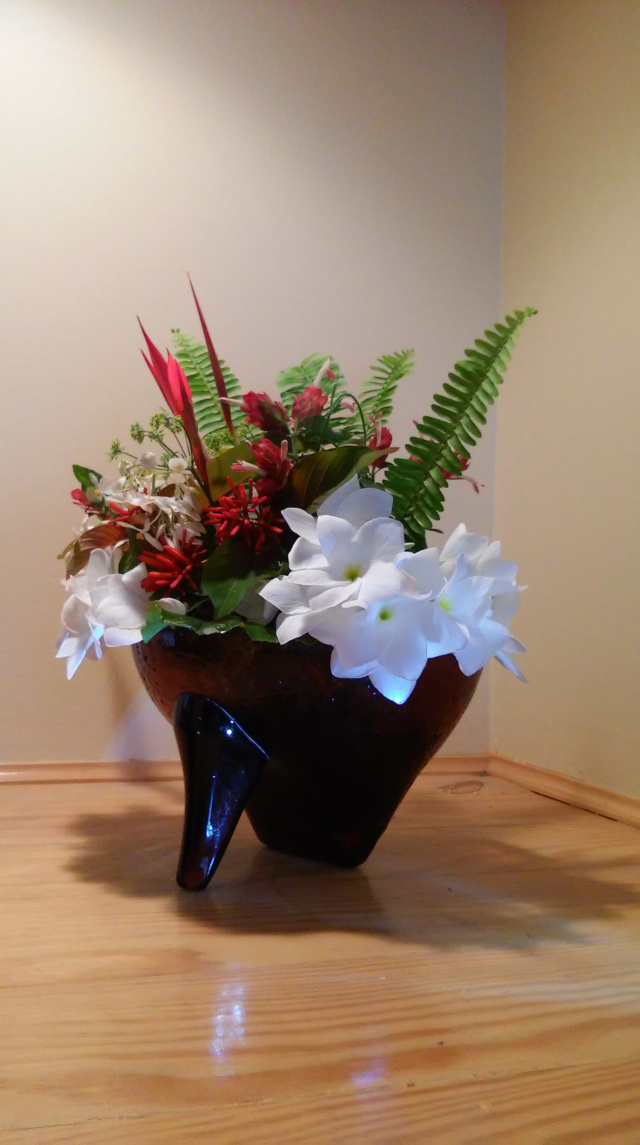 I have been looking at this vase for quite some time. The purple high heeI I believe is a Blenko Art Glass piece from the early 1950’s; likely a wedding gift to my parents and another vase from my mother. My issue with this vase is how to make an arrangement in it, the base is basically a trench, so no hopes of using a frog – I had some scraps of green floral foam and thought I could stuff the trench full of foam and stick the flowers in that, no such luck. The green foam floated up, so I added some pebbles to hold the foam down and proceeded. 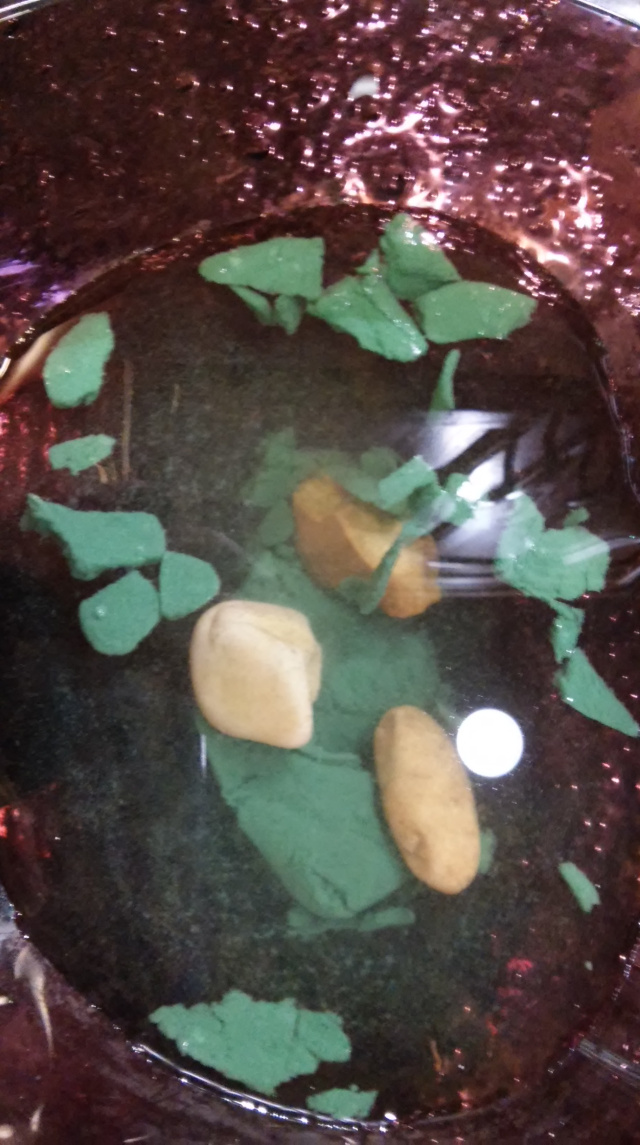 Eventually I added enough pebbles to keep the foam in the trench. Onto the Fire.

The Fire is Florida’s native Firebush (Hamelia patens var patens) which cooperatively pops up in my garden, the foliage has a lovely red tinge so I have included that in the arrangement. The other reds are Red Shrimp Plant (Justicia brandegeana) and some buds from the Parrot’s Flower (Heliconia psittacorum). The Ice elements are Bridal Bouquet Frangipani (Plumeria pudica) nearly bashed off by thunderstorms and saved by my vase. The Sweet Begonias (Begonia odorata ‘alba’) offer a different texture in white and add some coarse green foliage to the mix. A few culinary Fennel flowers and Boston Fern sprigs complete the arrangement.

A native of Atlanta, Georgia and extraordinarily well seasoned Landscape Architect/Designer/Writer. I began bouncing around South Florida in the late 1980’s selecting and buying plants for Shopping Mall Interiors I had designed.
Eventually my college roommate landed in Hobe Sound and I came to visit and fell in love with the Treasure Coast. My husband was on the verge of retiring from the practice of Architecture so we came down, bought a house near the Indian River and left the big city’s cold and the traffic far behind.
The blog began as an effort to fill what I considered a vacuum in good gardening information for the Treasure Coast. The Shrub Queen name is a nod to a long standing joke, my husband has called me this for years after one too many Architects asked me to “shrub something up”.
Amelia Grant
Freelance Writing