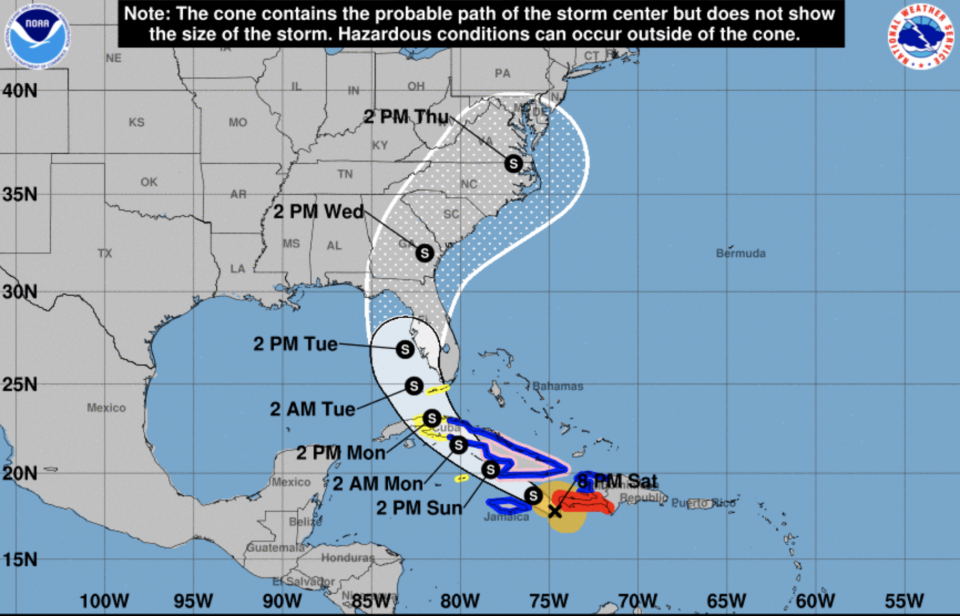 Miami, Fl (treasurecoast.com) -A tropical storm watch was issued for the Florida Keys as Tropical Storm Elsa battered parts of the Dominican Republic and Haiti with heavy rain and high winds as its center passed to the south on Saturday.

Elsa should move near or even over far southwestern Haiti later Saturday, before moving near Jamaica and parts of eastern Cuba on Sunday, the National Hurricane Center said.
The forecast is less certain after Sunday, but Elsa could bring heavy rain and gusty winds to South Florida.
The hurricane center issued a tropical storm watch for the Florida Keys, from Craig Key westward to the Dry Tortugas. The watch means tropical storm conditions, including sustained winds of at least 39 mph, are possible within 48 hours.
Tropical storm winds will likely reach South Florida Sunday night into Monday morning. The exact track and intensity of the storm are still somewhat uncertain.
However, there is growing confidence that the storm will track near or up the western coast of Florida, first moving through the Florida Keys on Monday and then reaching northern parts of Florida by Wednesday.