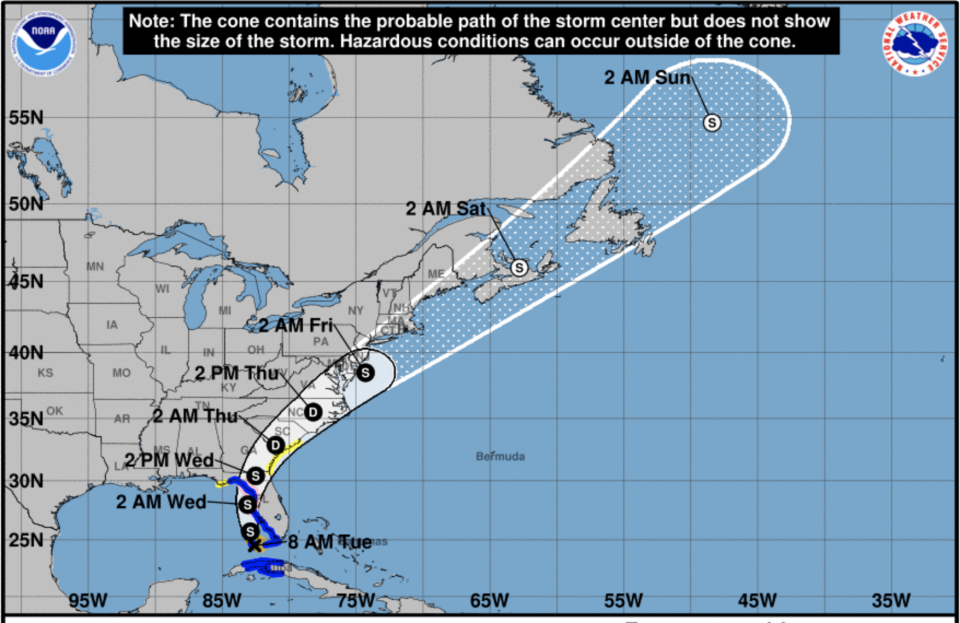 Miami, Fl (treasurecoast.com) -As Elsa nears the Florida Keys, a tropical storm warning has been issued for portions of Central Florida. Sumter County and parts of Marion County are now under a Tropical Storm Warning.

The system is just south-southwest of Key West after hitting Cuba yesterday. The storm is moving to the north-northwest and will pass by the Keys today and move along Florida’s west coast before likely making landfall early tomorrow. Governor Ron DeSantis says residents north of Tampa should prepare but shouldn’t have to leave their homes.

The Keys and the entire west coast of Florida are under a tropical storm warning.

The National Hurricane Center says a couple of tornados are possible for parts of Florida on Tuesday and continue into Wednesday.

Forecasters say the Florida Keys and into the southwest and western portions of the Florida Peninsula will see around three to five inches of localized rain and up to eight inches through Wednesday.

The rest of Florida will see two to four inches with totals up to six through Wednesday night.