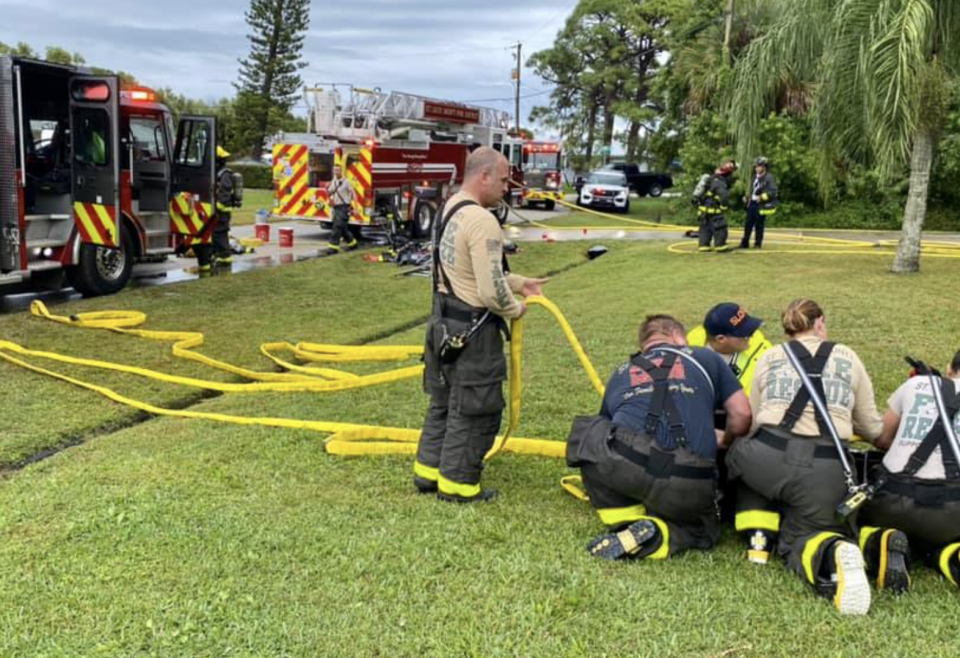 One dead, one injured after Port St. Lucie house fire

Port St. Lucie, Fl  (treasurecoast.com) -One person died and an 83-year-old woman was taken to a hospital after a Friday morning fire on Southeast Trillo Street, according to the St. Lucie County Fire District and Port St. Lucie police.

Fire District crews at 10:04 a.m. went to the residential fire in the 2200 block of Southeast Trillo Street.

Port St. Lucie police spokesperson, said the home, east of U.S. 1 in southern Port St. Lucie, was engulfed in flames. One person was found dead in the back of the house.

“At this time, we cannot confirm the identity of the deceased,” he said, standing at the scene. “An 83-year-old female was transported to the hospital.”

The spokesman said his agency is investigating the death, but said it does not appear to involve foul play.

Brenda Stokes, fire district spokesperson, said an electrical malfunction caused the fire and that it was an accident. The point of origin was a ceiling in the back bedroom.