Rep. Frankel announces financial assistance for Floridians who have lost loved ones to COVID-19 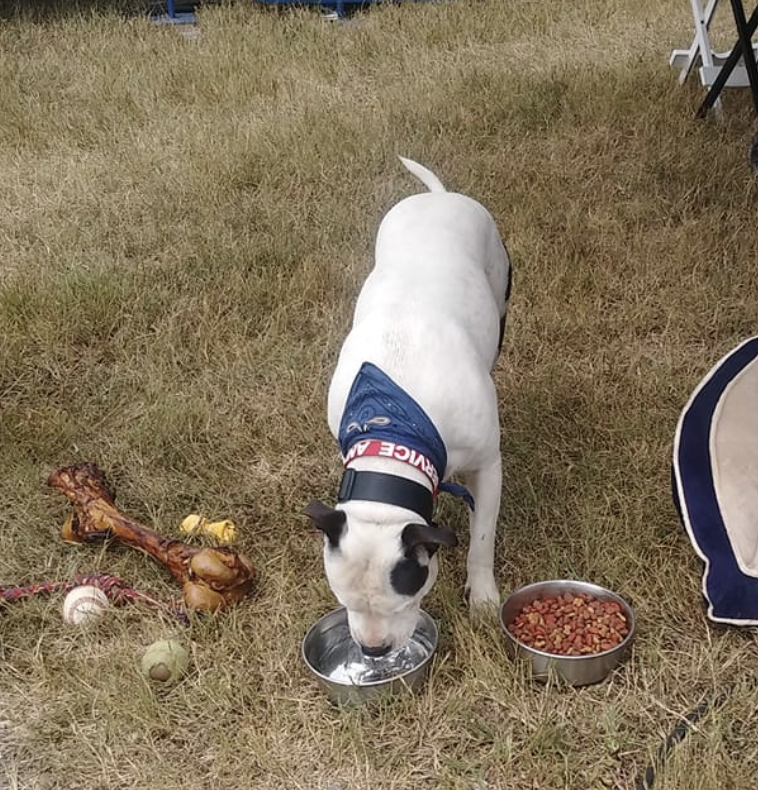 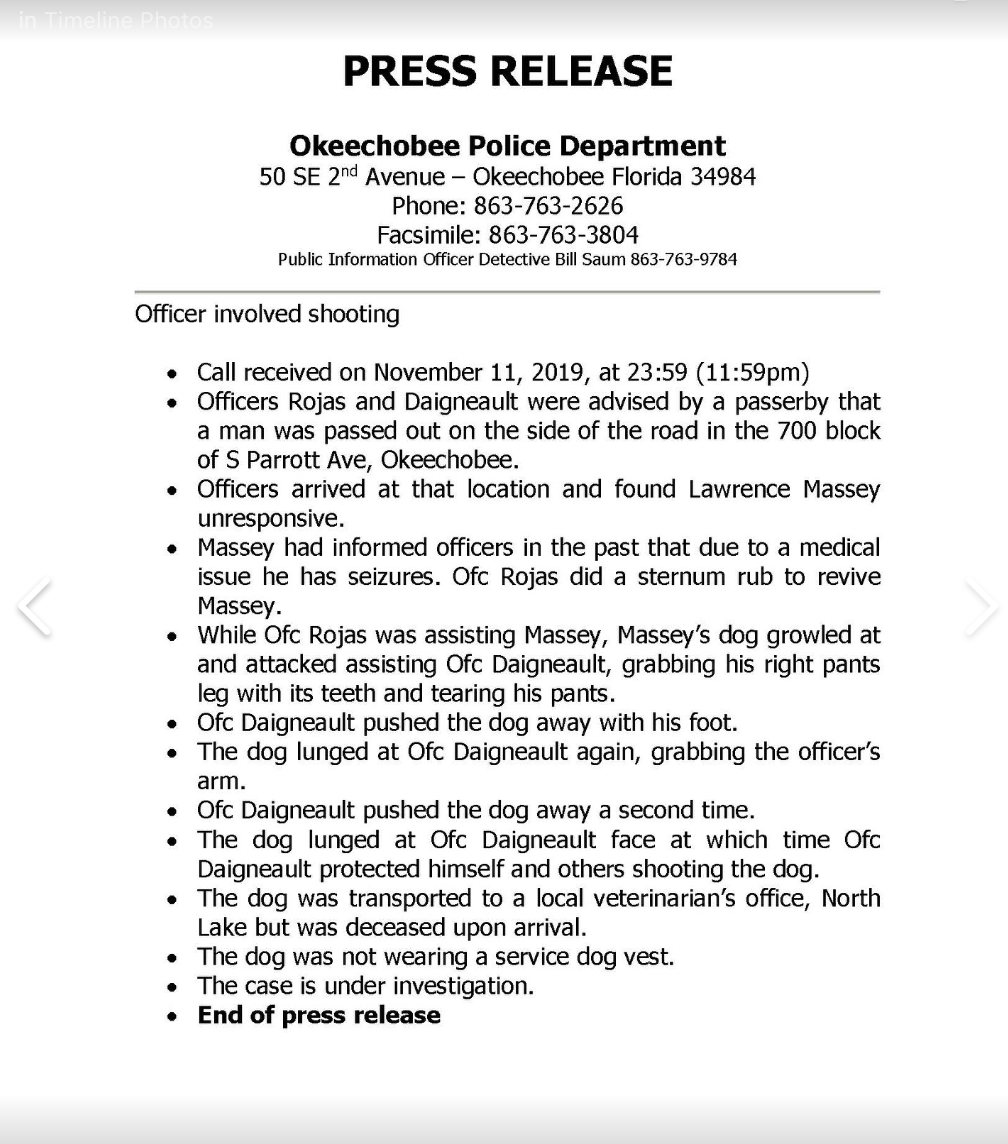 Okeechobee, Fl  (Treasurecoast.com)- A Police officer has shot and killed a service dog who attacked him.

The shooting happened just before midnight on Monday near South Parrott Avenue in Okeechobee.

Officers found a man, identified as Lawrence Massey, passed out on the side of the road.

Massey had told officers before that he has seizures due to a medical issues.

As Officer Rojas did a sternum rub to revive Massey,. Police said his dog growled and attacked the assisting officer, Officer Daigneault.  They said after the dog grabbed the officer’s pants leg and tore his pants, Officer Daigneault pushed it away.

Police said the dog lunged at Officer Daigneault again, latching onto his arm. Daigneault pushed it away a second time.

After the dog lunged at Officer Daigneault’s face, police said the officer had to protect himself and shot the dog.

The dog was transported to to North Lake Hospital. It died before it arrived at a veterinarian’s office.

Police said the dog was not wearing a service vest.

Larry Massey has made several posts on his Facebook page regarding the death of his dog Butch.

Pushback from county and residents over Indiantown dumping Fire/rescue