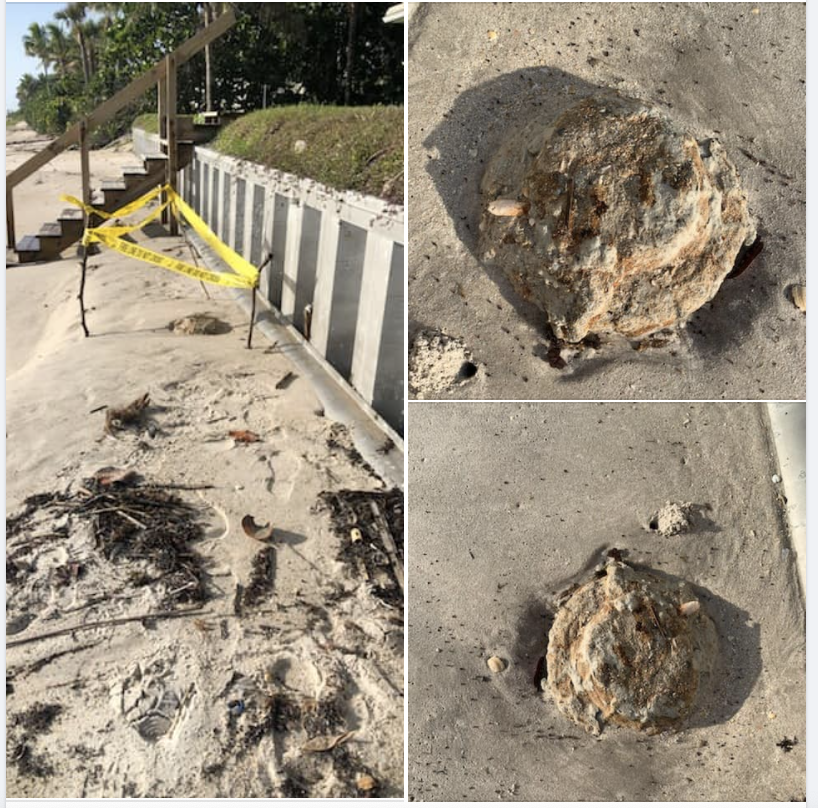 “A secondary device cap was brought back by roadway by one of the residents,” the sheriff’s office said on Twitter.

The Air Force Bomb Squad responded to the scene and removed both land mines by 11:30 a.m. The devices will be taken to their base to be destroyed.

Some residents were evacuated and have been given the all clear to return to their homes.
The Indian River Sheriff requests If anyone finds possible suspicious items on the beach, please call 911.