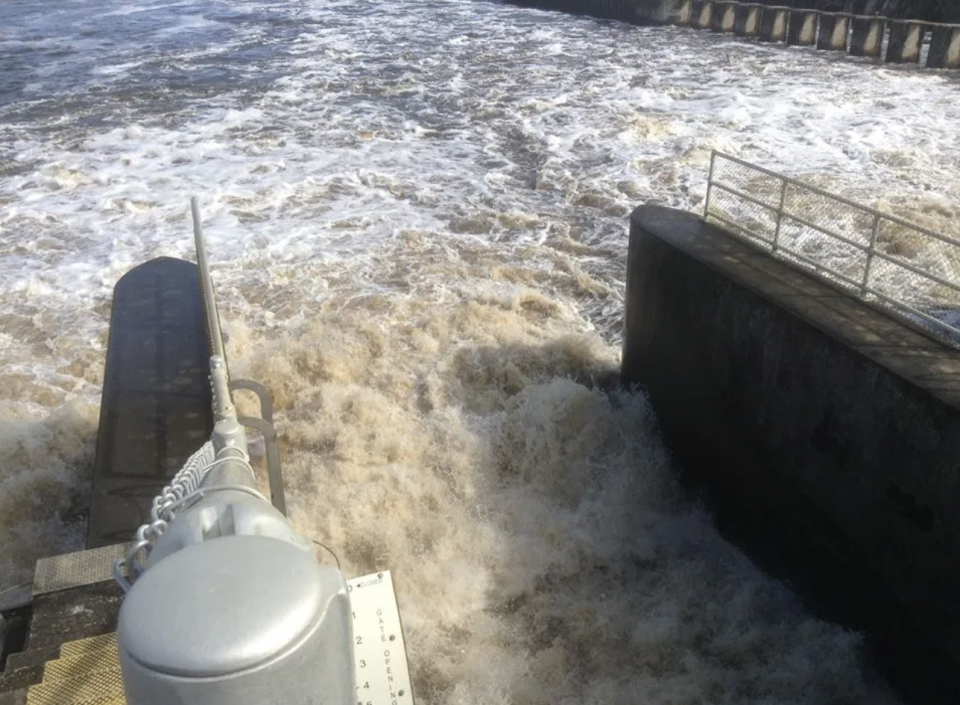 Lake Okeechobee water being discharged into the St. Lucie River

Martin County (treasurecoast.com)- Fresh water from Lake Okeechobee is now being released into the St. Lucie River at a rate of 1,800 cubic feet per second, according to the United States Army Corps of Engineers.

Discharges have not been released to the Treasure Coast since March of 2019.

“We haven’t made large volume releases from Lake Okeechobee since March 2019, but the rapid rise in the lake level combined with an already active hurricane season that lasts until Nov. 30 has left us with no options in ensuring the safety of those living and working around the Herbert Hoover Dike,” said Col. Andrew Kelly, Jacksonville District commander. “We will keep working with our partners at the South Florida Water Management District to make releases south of the lake whenever practical.”

The City of Stuart put out the following press release:

The U.S. Army Corps of Engineers has announced it has begun discharging freshwater through the St. Lucie canal and to our community at an estimated rate of 1,800 cubic feet per second (cfs). The Army Corps will send 1.16 billion gallons a day east to the St. Lucie River and 2.59 billion gallons a day west to the Caloosahatchee River in order to limit the rise of Lake Okeechobee.
The City of Stuart recognizes the many efforts of local agency partners, private organizations, and individual members of the community who have advocated so strongly for a policy reform that will one day bring an end to these destructive discharges.
The City also appreciates Army Corps leaders who are monitoring the lake level daily in order to end these discharges when they have evaluated that it is safe to do so; the same leaders who have limited the harm to our community for the past two years by ensuring Lake Okeechobee elevations remain lower by the start of the wet season than in years’ past.

However, there is still room for improvement. Sending even more water south earlier in the year rather than retaining higher amounts in reserve for consumers around the lake may have prevented the need for these new discharges. The water that is now being discharged to our community is desperately needed south in an environment that is starving for this freshwater. We can do better.

For decades our community has tolerated economic and ecological hardship wrought by unmitigated freshwater discharges. Ending the discharges as soon as possible remains the City’s primary goal for the moment as we work with the Army Corps and regional stakeholders in developing a water management framework that benefits every community affected by Lake Okeechobee.
Rally on Sunday. More info on the Indian Riverkeeper’s page.

Big announcement from U.S. Army Corp today! Will we get the commitment we need?