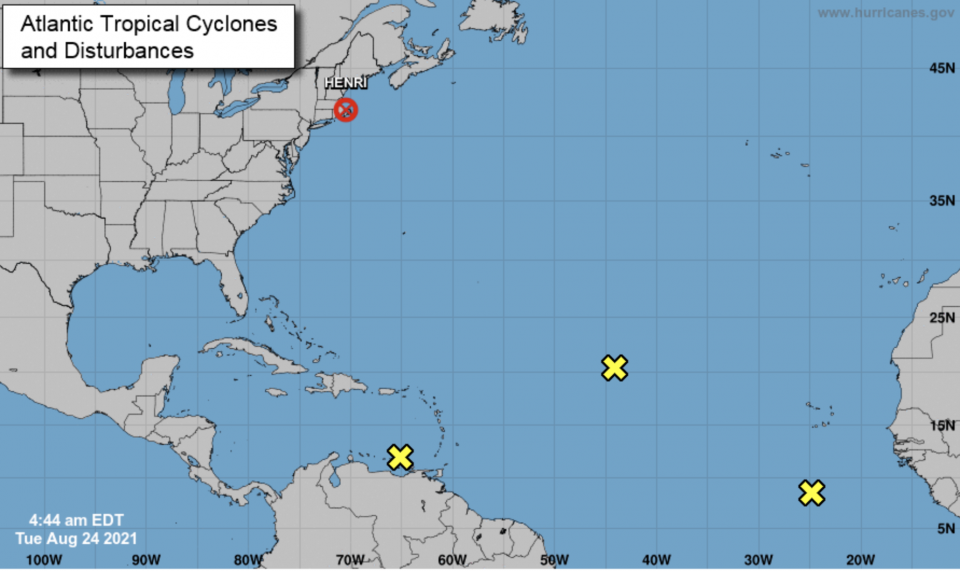 Miami, Fl  (treasurecoast.com) -The National Hurricane Center is monitoring three tropical waves in the Atlantic basin, all of which show signs of developing.

Two of the tropical waves are in the Atlantic, but a third in the Caribbean may affect areas in Mexico still recovering from Hurricane Grace.

If the system tracks farther to the north, it could bring heavy rainfall or even some wind to South Texas, according to AccuWeather forecasters.

The next named storms of the season will be Ida, Julian and Kate.

Tropical wave 1: A broad trough of low pressure is producing disorganized showers and thunderstorms over the east-central tropical Atlantic more than 1,000 miles west-northwest of the Cabo Verde Islands.

Tropical wave 3: Another tropical wave over the far eastern tropical Atlantic located about 500 miles south-southwest of the Cabo Verde Islands is producing a concentrated area of showers and thunderstorms.

It’s too early at this time to know whether these system’s could impact the U.S.

Tropical Storm Ida forms, could hit US as a hurricane