Adopt ET! Pet of the Week! 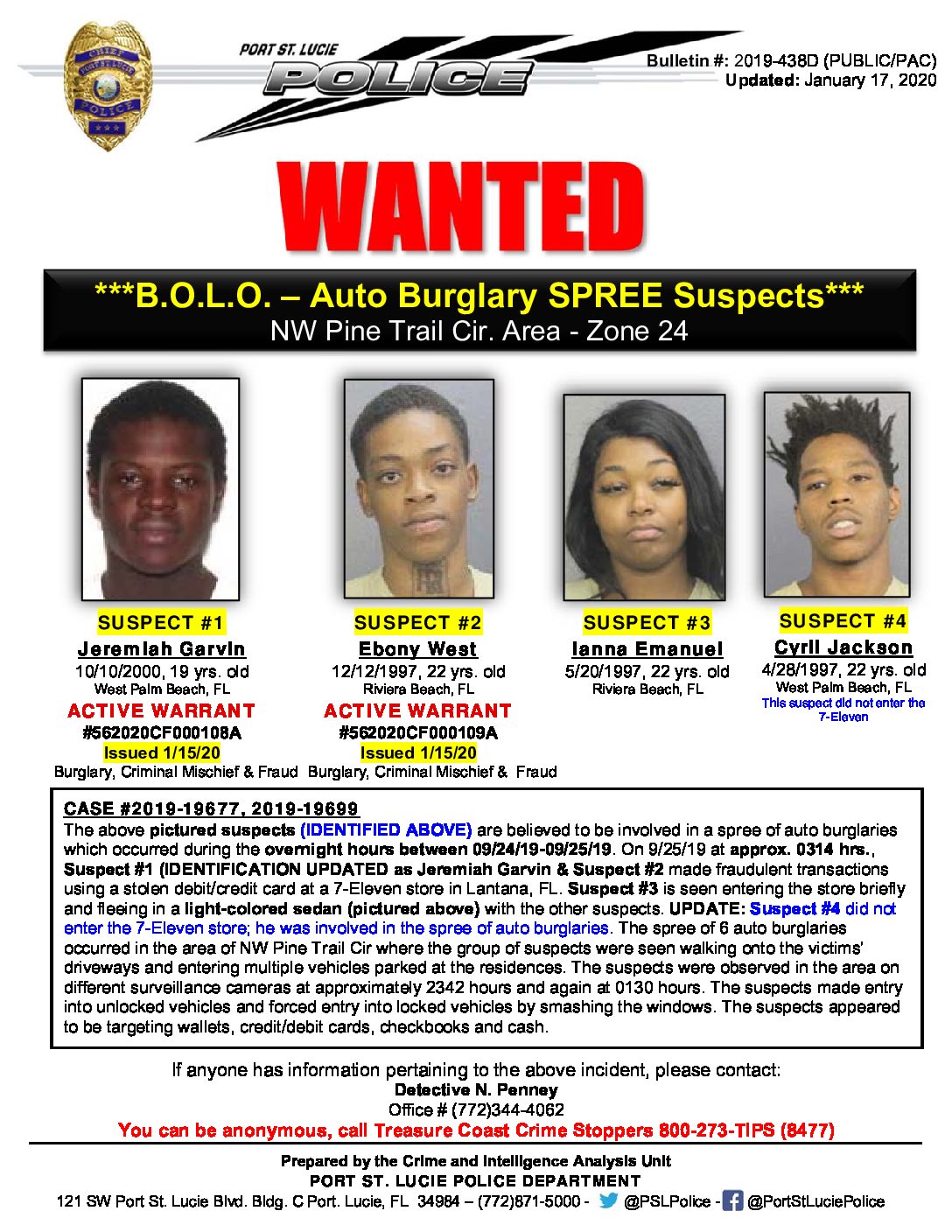 Port St. Lucie, Fl (treasurecoast.com)- The suspects are believed to be involved in a spree of auto burglaries which occurred during the overnight hours between September 24, 2019 – September 25, 2019. On September 25, 2019 at around 3:14 am, Suspect #1, 19-year-old Jeremiah Garvin DOB 10/10/00, WPB & Suspect #2, 22-year-old Ebony West DOB 12/12/97, Riviera Bch made fraudulent transactions using a stolen debit/credit card at a 7-Eleven store in Lantana, FL. Suspect #3, 22-year-old Ianna Emmanuel DOB Riviera Bch is seen entering the store briefly and fleeing in a light-colored sedan with the other suspects.

Suspect #4, 22-year-old Cyril Jackson DOB 4/28/97, WPB did not enter the 7-Eleven store; he was involved in the spree of auto burglaries. The spree of 6 auto burglaries occurred in the area of NW Pine Trail Circle, PSL where the group of suspects were seen walking onto the victims’ driveways and entering multiple vehicles parked at the residences. The suspects were observed in the area on different surveillance cameras at around 11:42 pm and again at 1:30 am. The suspects made entry into unlocked vehicles and forced entry into locked vehicles by smashing the windows. The suspects appeared to be targeting wallets, credit/debit cards, checkbooks and cash.

If anyone has information pertaining to the incident or whereabouts of the suspects, please contact: Detective N. Penney Office # (772)344-4062. You can be anonymous, call Treasure Coast Crime Stoppers 800-273-TIPS (8477)