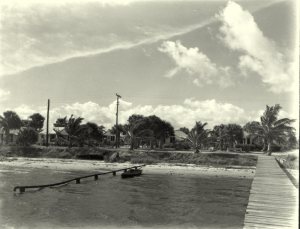 A pipe into the Indian River Lagoon from a cottage along the Indian River Drive goes directly into the river disposing of sewage. In our Treasure Coast’s regions’ early days there were no laws prohibiting this. Photo archives of historian Sandra Thurlow. ca late 1950/60s.

It’s been a tough week for river lovers.

It was reported by the Stuart News and others that a gentleman died suddenly after being “stuck by a fish.” He had put in his line in the Indian River Lagoon, near Harbor Branch, in St Lucie County. Just a few days later, the headlines noted the experience of Mr Bruce Osborn whose “knee and leg turned black, swelled up, and became hot to the touch after her dove into the confluence of the St Lucie River/Indian River Lagoon. Mr Osborn was boating near the Sandbar which is located within sight of the St Lucie Inlet…

Mr Osborn had an open sore….he recovered with prompt, emergency-room, antibiotic-treatment and a good wife.

Today in Stuart New’s “Letters to the Editor” a retired New York sheriff is of the opinion that the news of the fisherman had been “sensationalized” noting that “no autopsy had been performed on the man– who died…..”

Who is right? Who is wrong? Or does “truth” lie somewhere in between?

Who knows…But it is all certainly worth thinking about.

Interestingly enough, in this river or near-ocean story, the culprit would not be a shark or anything scary like that, but rather a microscopic bacteria or virus that cannot even be seen….

Bacteria is everywhere. In soil and in water. On our skin and in our bodies. For humans there is “good” and “bad” bacteria.

How do we know where there “bad” bacteria is in the river?

I don’t know, but I do know numbers of bacteria everywhere in water communities are highest in the sediment.  Sediment is the sand, clay and other soil types that build up on the bottom of the river  in the St Lucie River/Indian River Lagoon and all estuaries of the world.

In our area, the most recent hundred years of sediment, this “muck,” has been heavily affected by human alteration of the environment, especially by drainage canals, like C-44, the drainage of Lake Okeechobee, C-23, C-24, and C-25,  as well as shoreline development’s tear down of native vegetation along the shoreline. (That can no longer filter runoff.)

Giant, mile-long canals drain mostly agricultural lands from out west. Many if not most of these lands never even drained into the St Lucie River/Indian River Lagoon in the first place. Not by God. Not by Nature. Just by “us” since around 1920.

So now literally thousands of pounds of fertilizers, pesticides, herbicides, metals, oils from cars and roads, septic effluent…..the list goes on and on….so these pollutants run into our waterways building up in the sediments of the river, —-to be re-suspended with every storm, with every boat that races by……as the sediment builds and flocculates, bacteria grows–especially if it is warm..many fish live on the bottom of the river….

On the positive side, as far as water, many things have changed for the better since my childhood.

During  my lifetime, in the early 60s, sewage was directly dumped into the St Lucie River/Indian River Lagoon from homes and boats….I swam and skied  in this water every weekend….Not many people lived here. As kids, we did not know or notice although we used to make jokes about “logs passing by…”

And yes, since the 1960s and 70s tremendous improvements in sewage treatment plants, packaging plants, septic systems, “Best Management Practices” for Agriculture to lower runoff, etc…have been made. This is fantastic.

But we can never catch up….We are always chasing our tail….Because we keep putting more pollution into the system than we can clean up. Like putting too many fish in a fish tank, and not cleaning your gravel often enough…our relatively closed lagoon system has met its limit…

The chart below just goes to  the year 2000. Florida is now the third most populated state in the nation with over 19 million people. 19 million people’s’ waste….19 million people’s yards, and not just small time farmers anymore, but agribusiness– hundred of thousands of acres of fields and chemicals….a huge portion seeping into our water. Best Management Practices. That’s just not enough…Oh. Let’s not forget what runs down from Orlando….

What’s the truth? The truth is there are too many fish in our fish tank. And we whether we know the cause or not, until we stop draining  so much of our personal and agricultural waste into our waterways, we will continue to “drown in our own filth.”

This blog post goes into Vibrio V. the bacteria that can kill that has been documented in the IRL by Harbor Branch: (http://jacquithurlowlippisch.com/2014/11/12/vibrio-vulnificus-flesh-eating-or-not-st-lucie-riverindian-river-lagoon/) 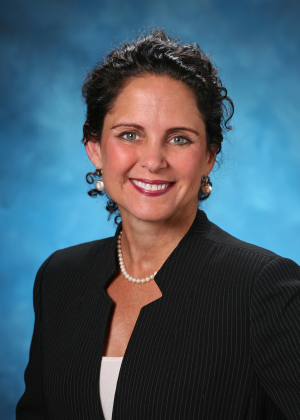 Although born at Travis Air Base, California, Jacqui considers herself a native of Stuart, Florida, having moved there at eight months old. Her father’s family, originally from Syracuse, New York, has lived in Stuart since 1952. Her mother is a 5th generation Floridian from Gainesville. Jacqui is a Daughter of the American Revolution.

Jacqui is journalism graduate of the University of Florida, and an education master’s graduate of the University of West Florida. She went on to teach English and German and later after a serious accident of breaking her neck, started selling real estate. Later, she ran for public office having served on the Town of Sewall’s Point Commission since 2008, and is former mayor. During this time she saw the opportunity to help showcase the work of a locally formed river group, the River Kidz, and this has been her passion ever. She incorporates youth/river education  into her political work for the St Lucie River/Indian River Lagoon.

Jacqui is the treasurer/secretary of the Treasure Coast Regional Planning Council; has chaired the Florida League of Cities Environmental and Energy Committee; was chair, and a six year member of the Treasure Coast Council of Local Governments; is an alternate for the Water Resources Advisory Commission for the South Florida Water Management District; and is a board member for Harbor Branch Oceanographic Institute Foundation, in St Lucie County.  She also serves as a board member (ex-officio) for the Rivers Coalition Defense Fund, and is head administrator for her beloved River Kidz, now a division of the Rivers Coalition.

Jacqui’s reach involves not only local, but state and federal government. In 2013,  she served on Senator Joe Negron’s panel for the Select Senate Hearing on the Indian River Lagoon and Lake Okeechobee. In 2014, she actively supported the elections of both Senator Joe Negron and Congressman Patrick Murphy who have both been strong supporters of  Indian River Lagoon issues. In 2015, she is part of the Florida League Cities Treasure Coast Advocacy team to influence and educate Tallahassee. Jacqui received the Everglades Coalition’s 2015 “John V. Kabler Award” for “Grassroots Activism” working to organize and educate the public, generating grassroots support for Everglades restoration.