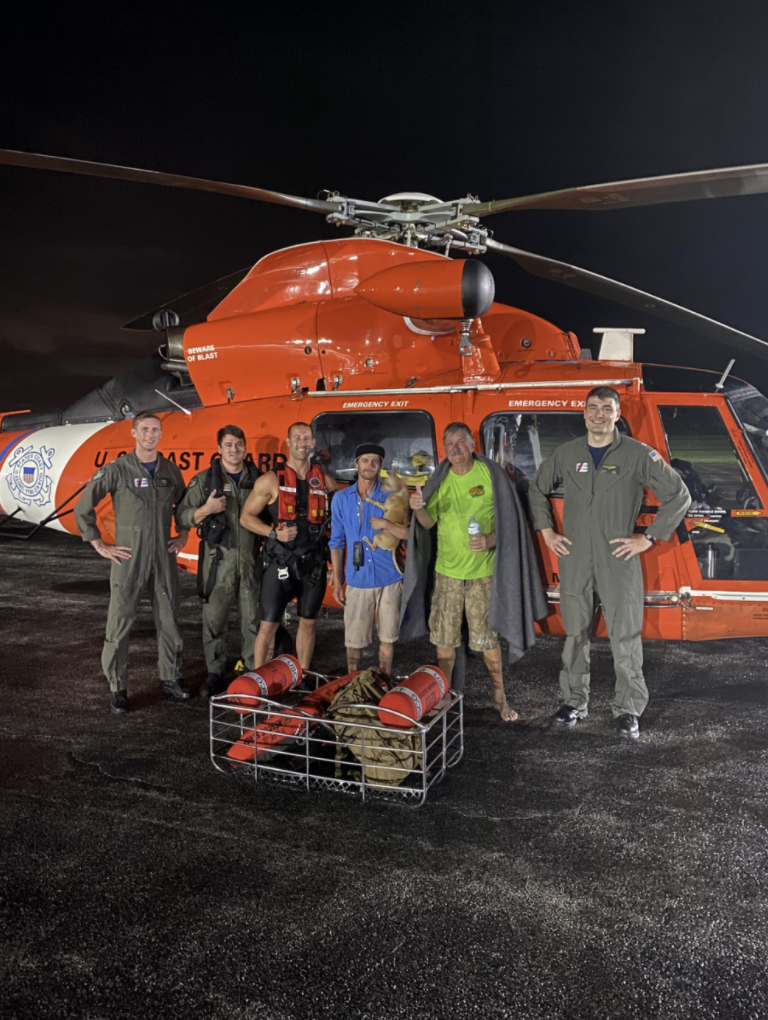 The people reported they were on a 38-foot vessel, The Paradise, when they began to take on water and got into a life raft.

“The boater having a VHF marine radio aboard greatly assisted us in this rescue,” said Senior Chief Petty Officer Jason Reynolds in a written statement. “Without having the radio aboard, this case could’ve ended differently.”

A helicopter crew from Coast Guard Air Station Miami responded to the scene and hoisted the victims off their life raft, transporting them to the Martin County Airport in Stuart.