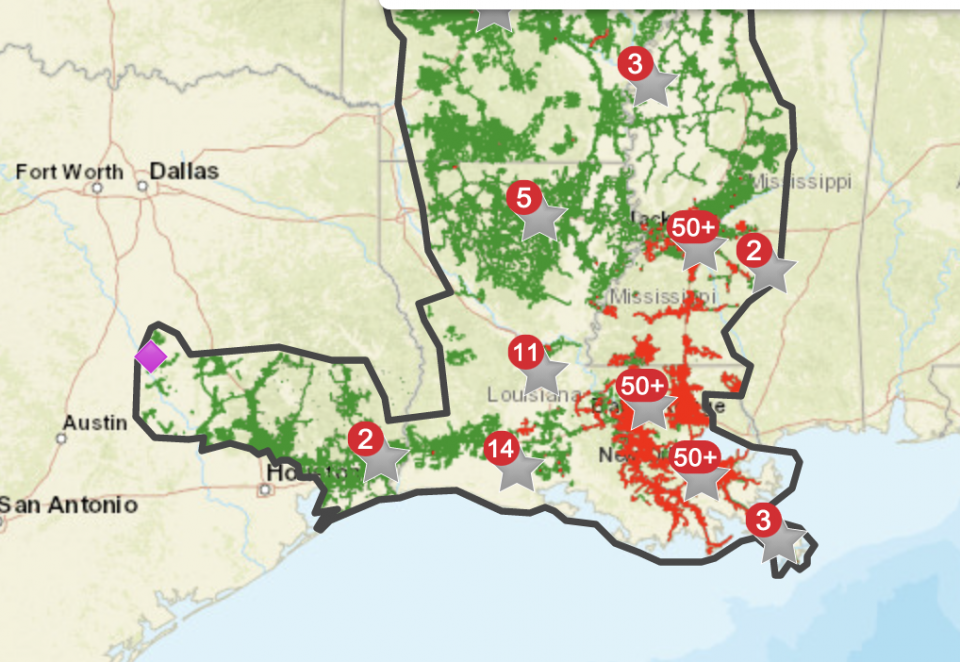 New Orleans, LA (treasurecoast.com) -All of New Orleans is without power as Hurricane Ida continues to hit Louisiana with high winds, heavy rain, and storm surge.

Entergy New Orleans said Sunday evening that all of Orleans Parish was without power due to “catastrophic damage” to its transmission system.

Entergy’s outage tracker on its website showed more than 640,000 of its Louisiana customers were without power shortly before 9 p.m. ET.

NOLA Ready, the city’s emergency preparedness campaign, confirmed that the only power in the city was coming from generators.

Sunday evening, Ida was continuing to churn north through the state as a Category 3 storm after making landfall as a Category 4. An 8 p.m. ET update from the National Hurricane Center said maximum sustained winds were at 120 mph.

Along with power outages, Ida has also damaged structures, including blowing roofs off and flooding buildings along the Gulf Coast.

Officials say the storm has significantly slowed down as it has moved inland.

The NHC says damaging winds, especially in gusts, spread inland near the track of the center of Ida into southwestern Mississippi Sunday night and early into Monday.

Rain associated with Hurricane Ida, which is now a tropical storm, is soaking the Panhandle and threatening flooding. A Flash Flood Watch in effect through tomorrow morning for parts of Escambia, Okaloosa and Santa Rosa counties.

Those left in the dark by Hurricane Ida are getting a helping hand from Florida. Hundreds of utility company personnel, firefighters, paramedics, doctors and others left yesterday to help recovery efforts in Louisiana.

Update on unidentified body discovered on a vacant lot in Fellsmere